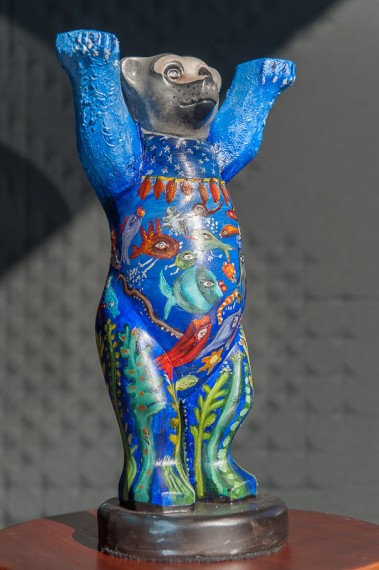 The United Buddy Bears Exhibition reached on its world tour Santiago de Chile in 2015. The 140 life-sized Buddy Bears are shown at the Parque Bicentenario next to the Municipality of Vitacura until June 19. Ten small and two larger Buddy Bears have been crafted by local artists and were auctioned at the Galería ARTIUM for charity. We purchased the bear by the chilean artist María José Romero. Have a look at some impressions from the exhibition and the auction. And have a more detailed 360 degree look at M.J.R’s sculpture. The revenues of the auction are donated to Fundación Cristo Vive to support some 900 kids at its kindergartens and nursery schools.